Being a disciple begins when Jesus says, “Follow me.” For Eli and Issouf, following Jesus is taking them into hard places. Yet these ordinary disciples know that no matter the risk, there’s no substitute for being where Jesus calls you.

Eli lives in Burkina Faso, a West African nation where 27 people groups are unreached with the Good News of Jesus. A few churches recently adopted the Global Disciples training model, and Eli was among the first disciple-makers trained last year.

To reach least-reached people with the Gospel, Eli took his family and traveled six hundred kilometers to a community with no Christian presence. The village authorities welcomed him and granted him space to start growing maize to care for his family, while he introduced people to Jesus. Through his witness, Eli made new disciples among this least-reached people group and planted their first fellowship.

This border region is often threatened by radical terrorist groups and when threats and violence escalated, Eli sent his wife and children back to the city. He chose to stay.

“As long as the Lord keeps me here to testify to the Gospel, I will stay,” Eli said. “I will not leave these new believers without someone to care for them; we have many people to reach.” For several months now, he has continued alone. His heart is for people who need Jesus, and Eli is willing to follow Jesus whatever it takes.

Across the border in Niger, Issouf also follows Jesus with extraordinary obedience. Niger is over 93% Muslim, and Issouf directs a Global Disciples partner program that trains in a “red zone”—at high risk from terrorist groups like Boko Haram.

Despite the risks, a training last year went well. As they finished, a group of terrorists raided the community, burning schools, homes, and businesses. The local people anticipated the church would be burned but this time they were left alone. This violence did not deter the disciple-makers—several decided to go further into a region under terrorist control and plant a church! Another disciple-maker is supporting a pastor for the new fellowship.

“According to people around us, this is not a time or place for Christian activity,” Issouf said. “But God is doing it—He is giving us courage. It doesn’t make sense to us but from the beginning, we have seen His hand.”

Eli and Issouf choose to stay in risky places because they believe knowing and following Jesus—introducing him to people who may have no other opportunity—is more important than being safe and secure. Extraordinary, risk-taking obedience is all that Jesus asks when he says, “Follow me.” 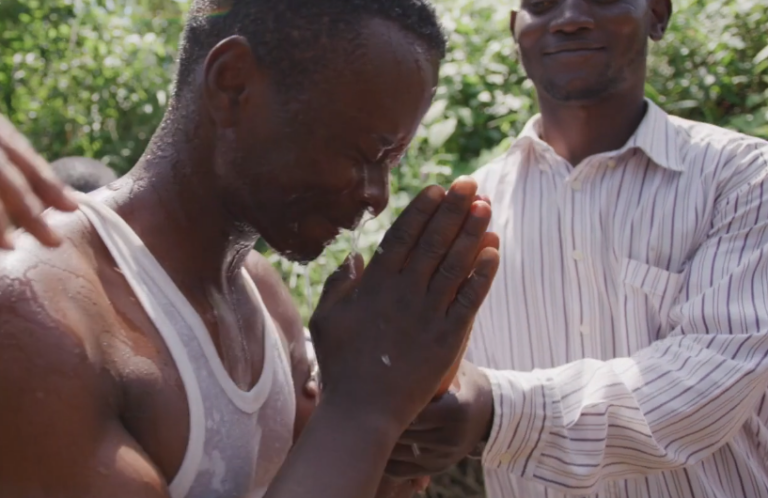 The Light of the World

Prem grew as a disciple of Jesus. He heard about a local Global Disciple Training, and he went all in! ixty people have accepted Jesus as their Lord and Savior, 26 have been baptized, and 34 more are preparing for baptism.

What Are Your Non-negotiables?

No matter what work you have been called to—you need standards. The principles or values or mission that you simply will not compromise on, to accomplish your task.

When you get excited about what God is doing, don’t keep it to yourself...

Advent: The Mission of Loving Others

Jesus valued and loved people—enough to sacrifice Himself so that every person could have eternal life.

Advent: The Mission of Forgiveness

When Gabriel was confronted with those who killed his son, could he choose the mission of forgiveness?

What’s in Your Hands?

What’s in your hands? This question has been the title of our Small Business Development (SBD) curriculum for more than 15 years. SBD training has helped disciple-makers and church planters launch several thousand small businesses in the last five years.